Even if you are convinced you can handle it and take full responsibility for your own well-being, I will not knock you out. Not even accidentally when you refuse to tap. I am a trained martial artist and a black belt judoka. I feel responsible for your physical well-being when we are wrestling and when I apply chokes and locks. I know when to stop and I will release you before overstretching or tearing a ligament, tendon, or muscle; breaking a bone; dislocating a joint and, before you pass out. Even if you don’t tap on time.

I can man-handle you and I do not mind inflicting pain if you are asking for it, but I will not seriously harm or injure you.

And a sleeper could harm you. It could cause immediate and serious damage. Even when a choke is applied properly and released immediately, you are taking a risk. More importantly: there is no evidence that even when you wake up feeling okay you won’t suffer from long-term damage, damage occurring long after. In fact, there are reasons to assume you are risking your brain’s health on the long term. Especially when repeatedly being put to sleep.

I’ve written this text, not to convince you of anything but merely to explain why I don’t offer knock-outs, and to offer you some information. I will start with explaining how a sleeper works, after which I will explain why it is dangerous: risk of immediate injury (a stroke), an increased risk on suffering a major stroke in the future (a silent stroke) and brain damage on the long term.

How a Sleeper Works

A sleeper is a choke whereby the carotids are narrowed by applying pressure, cutting of the blood flow to the brain and causing loss of consciousness. The carotids are two arteries (major blood vessels) running from the aorta in the chest and up through either sides of the Adam’s apple. They supply blood (with fresh oxygen) to the brain, neck and face. If you squeeze them you deprive the brain from oxygen.

You can squeeze thè carotids, i.e. by using your biceps, wrists, forearms, ankles or your opponent’s gi without cutting off the airways to the lungs, meaning the object can still breathe. (Think of a Rear Naked Choke.) It is a comfortable way to pass out, and in rule the object will wake up after seconds.

If you want to decrease the risk of damage you should let go of a chokehold immediately when someone passes out and not a second later. Therefore you should always be able to notice a pass-out. This is easier when you are on top of someone than when you are choking someone from behind where you can’t see the face.

When the blood flow to the brain is cut off for more than about thirty seconds, some brain damage is guaranteed. How long it takes to pass out depends on the individual who is being choked. Some pass out after one of the carotids is squeezed for five seconds and others pass out when both are squeezed for fifteen seconds. On average it is about nine seconds from the moment the blood flow is cut off properly.

The following goes for most human beings: after fifteen seconds someone is unconscious. After thirty seconds there is brain damage. After five minutes the brain is dead. 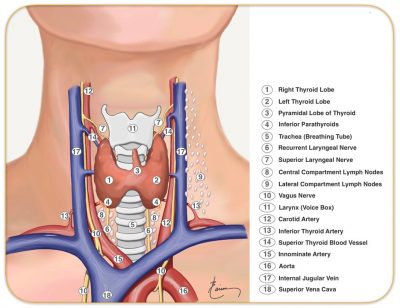 There are multiple ways in which a blood choke can injure someone. An example of an immediate injury is a stroke. Serious injury can occur when a carotid is damaged. A damaged carotid can produce blood clothes. If one travels to the brain it can trigger a stroke.

Complications can be caused by congestion of your carotid. Like anywhere in the arteries plaque builds up in the carotid during life. If your carotid is congested the plaque could break off and this could also lead to a stroke. The older you are, the higher the risk this happens. Arteriovenous malformations or defects in blood vessels can precede a worst-case scenario for choking-related injury.

What does it mean to have a stroke? Without going into further details: a stroke-causing choke can fuck you up. An example is Sean Entin, who was put in a choke during training. He didn’t even go completely out but six weeks later he collapsed.

A stroke does not have to have any outward symptoms. During a silent stroke the person is typically unaware they have suffered a stroke. Despite its lack of identifiable symptoms, a silent stroke still cause brain damage and places you at increased risk for a major stroke in the future.

Techniques as thought in judo, bjj and other sports mostly focus on applying pressure to the carotids, because it is the fastest way to have someone lose consciousness. If you are applying a blood choke carefully with the purpose of knocking someone out, you shouldn’t apply too much pressure to the carotids. The choke should also be technically correct and this means avoiding two things.

Firstly, you shouldn’t cut off the airflow to the lungs and thus make sure there is no pressure applied to the airways. Avoiding cutting of the airflow decreases to risk on (brain) damage. If someone can’t breathe they will naturally panic and tap, though. Which is different with oxygen deprivation to the brain. It is easier to endure until you pass out.

Secondly, you would have to make sure you don’t compress the internal jugular veins in the neck, because this prevents blood flow from the head to the heart. A worst-case scenario would be compressing the internal veins in the neck and not the carotid arteries, because then blood flows to your brains but it can’t flow out. It is somewhat more problematic than only cutting of the blood flow to the brain or compressing both. I do believe it is relatively hard to compress these internal veins. It’s more likely to happen from a scissor, where pressure is applied with the legs.

Even if applied technically correct and with care, you are in fact still depriving the brain from oxygen. And although it takes several minutes before brain cells will actually die off, there is no evidence that no other damage is being done to your brain. There is however evidence that unconsciousness can cause damage and scientists have reasons to assume that repeated unconsciousness will cause certain damage.

The real life effects of repeated unconsciousness as a result of cutting of the blood flow to the brain have not been studied. I think it is very unwise to assume there won’t be any effects. It might be useful to have a look at research focussing on the health effects of repeated blows to the head as with boxing. The results of these studies are quite disturbing.

Research has proved that most boxers suffer from permanent brain damage of various degrees resulting in memory issues, mood swings, lowered IQ, poor judgment and impulse control and so on.

And then an estimated 20% of boxers have Chronic Traumatic Encephalopathy of which the symptoms can occur long after quitting boxing and even without previous symptoms. Including: memory loss, depression, anxiety, parkinsson, dementia and shortened life expectancy. CTE doesn’t show on CAT-scans and can only be determined with certainty by examination after death. The estimated 20% might thus be much higher. (Signs of CTE were found in 99% of NFL football players who were examined post-mortem.)

Personally I am convinced that depriving the brain from oxygen is damaging, but the fact alone that I can’t guarantee you won’t be harmed is enough to exclude sleepers from my offer of session activities. There is simply no evidence at all to back up the claim that blood chokes are factually harmless or harmless when applied properly.

If you suffer from a concussions and you get another blow to the head this inevitably worsens the damage. That is fact. Compare this to repeatedly passing out from a sleeper within a short period of time. I.e. multiple times during one session. Not a good idea.

What I do understand is the reasons why someone might be seeking the experience of a sleeper. The idea is exciting and it can provide you with the ultimate feeling of physical powerlessness, surrender,  submission.

If you have experienced it before it might also actually have felt like a positive and magical experience. This makes sense.

Your brain is factually shut down for a moment. It is different from when you are sleeping. Compare it to pulling out the plug as opposed to putting your TV on stand-by. In a way it is as if you’re being reborn, taking a split second before being able to consciously process your first sensory perceptions after waking up.

Another explanation for the euphoria is the natural camaraderie that develops when you are in a position where your limbs are entwined with someone else’s for a moment longer than a few seconds. It causes a release of oxytocin (love hormone), creating feelings of warmth. This combined with the other person being an attractive woman and the state of arousal you most likely are already in during a session contributes to the euphoria when you wake up and the oxytocin hits you.

To summarize the risks involved with knock-out chokes:

How much I would love to make you feel euphoric and how easy it might be for me, this isn’t a safe way to do it. If you are fully aware of the risks and you still want to be knocked out, I am not the session wrestler for you.

I have alternative ways to give you a high, but I would like to avoid any risk of permanent damage, even if it occurs afterwards and you won’t connect it to the session. I’d rather break your arm, from which you’ll recover and move on.